The global streaming service, Netflix had 207.64 million paid subscribers worldwide in the first quarter of 2021, with most of the company’s subscribers being based in the US and Canada accounting for over 74 million of the total subscriber base. The popularity of its streaming service is said to be on the rise. Meanwhile, as Apple and Disney+ introduce their over-the-top (OTT) streaming services, the popularity of streaming is certainly on a growth trajectory. As an example, Disney+ reported 10 million sign-ups within the first 24 hours of launching their service. With this being said, and with a massive global audience, there is an ever-increasing need for audiovisual translation as language barriers need to be broken down in order for viewers to get the main message conveyed. But what is audiovisual translation (AVT), what are the characteristics that comprise it, and what are the criteria for successful AVT translation – keep reading to find out more.

What is audiovisual translation?

Delia Chiaro describes AVT in the following way: it is “the term used to refer to the transfer from one language to another of the verbal components contained in audiovisual works and products”.

Such audiovisual works and products include, but are not limited to: feature films, television programs, theatrical plays, musicals, opera, web pages, and video games.

These products need to be translated to reach a global audience and are made to be heard and seen simultaneously.

AVT has become a very much in-demand type of service as there’s an increasing global audience for some of the products mentioned above. However, AVT has certain characteristics that define it in more detail. These include: changing registers, speech, subtitles, dubbing, localization, and AVT for the deaf community. These are explored in more detail below.

Cultural and general knowledge is required by the translator in order to translate the audio and visual elements in a product effectively. Registers change depending on the type of product being translated. These products can range from children’s films to horror films, or even documentaries that focus on nature. The topic in question demands a great depth of knowledge of a variety of cultural aspects and this is something a quality translator will be adept at.

Translating speech, although it may appear seemingly easy, is not as seamless a process as it initially appears to be. Translating speech requires that the translator knows both the original and target languages well and then symbolize a dialogue into a natural extension of the original text. This is where cultural knowledge and localization play an important role. 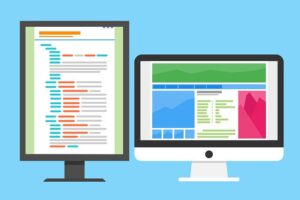 Subtitles are pieces of text which appear at the bottom part of a visual product which contain a translated text of what is being said on the screen. As with the importance of translating speech mentioned above, it’s crucial for the subtitles to appear in the right sequence, and be accurately translated for meaning and context so as not to confuse the audience and create undecipherable sequences of text that are mismatched with the visual element that the viewer sees. Subtitles are an excellent way for those learning a foreign language to read the text in their native language while also hearing the pronunciation and intonation of the words being spoken in the target language. It is a popular method of watching foreign products and learning a new language.

Dubbing refers to the process of using voice-over artists whose job is to correctly convey the tone, rhetoric, and meaning that is spoken by the original actor or individual in the product. However, dubbing requires a certain finesse as the voice-over actors need to not only be familiar with the translated text, which needs to be accurately localized, but also to convey the right feelings and emotions, subtle voice changes, expressions and more in order for the original actor’s performance to be as accurately conveyed to the local audience as possible.

Localization, on the other hand, refers to the exercise of literally “localizing” a text, image, or audio-visual element for the target audience by taking into account local cultural factors. For example, the English saying “When in Rome, do like the Romans” might be literally translated into German, the meaning that’s conveyed by this expression – namely, that one should adjust their behavior depending on the circumstances they find themselves in – could become totally lost on the viewers. This is why certain nuances are required by the translator who understands idioms and their associated equivalents in the target language.

AVT for the deaf

A hearing-impaired audience requires certain intricacies in the translation process, which is not only limited to the direct translation of conversations between people, but which also includes non-verbal or semi-verbal cues like sighs, for example.

In order for an AVT translation to be successful, there are certain processes that need to be followed by a translator. We list some of these below:

The world of AVT is going to boom in the near future and translators need to be well-equipped and well-acquainted with the demands that AVT places on them. These challenges include not only technical know-how but also cultural awareness and a depth of knowledge in different subject areas to make the audio-visual translation as accurate as possible. In this post, we defined what AVT is, briefly discussed its characteristics, and mentioned some criteria for successful AVT translation. We hope this post will be useful to you going forward on your AVT journey.

This website uses cookies to improve your experience while you navigate through the website. Out of these, the cookies that are categorized as necessary are stored on your browser as they are essential for the working of basic functionalities of the website. We also use third-party cookies that help us analyze and understand how you use this website. These cookies will be stored in your browser only with your consent. You also have the option to opt-out of these cookies. But opting out of some of these cookies may affect your browsing experience.
Necessary Always Enabled
Necessary cookies are absolutely essential for the website to function properly. These cookies ensure basic functionalities and security features of the website, anonymously.
Functional
Functional cookies help to perform certain functionalities like sharing the content of the website on social media platforms, collect feedbacks, and other third-party features.
Performance
Performance cookies are used to understand and analyze the key performance indexes of the website which helps in delivering a better user experience for the visitors.
Analytics
Analytical cookies are used to understand how visitors interact with the website. These cookies help provide information on metrics the number of visitors, bounce rate, traffic source, etc.
Advertisement
Advertisement cookies are used to provide visitors with relevant ads and marketing campaigns. These cookies track visitors across websites and collect information to provide customized ads.
Others
Other uncategorized cookies are those that are being analyzed and have not been classified into a category as yet.
SAVE & ACCEPT