This might come across as a topic that people rarely think about, but if you happen to be a fan of books and novels and have a background that involves reading many of them, you will probably appreciate this quick analysis.

So, is there a difference between stories written in the East and those created in the West? People’s worldviews and philosophies can be very different in both of those worlds. It should definitely be expected that it affects the way stories are written in them too. So let us go through the main differentiating elements of Western and Eastern storytelling and see what you might expect. 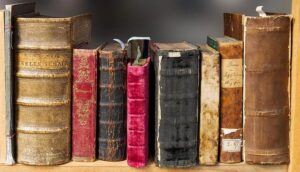 You’ve probably noticed this particular difference between Western and Eastern storytelling. Typically, Western stories revolve around one person and are usually told from this person’s perspective. We’re presented with a plot structure where a single person, with the strength of his or her will, decides to change or achieve something. That is mainly because the mindset of westerners is individualistic, and they idealize action and triumph.

In Eastern stories, however, you’ll often meet more than one person who takes the lead. The main character might not come in the beginning, but in the middle of the story, and instead of trying to do everything alone, often relies on teamwork and the kindness of others. The stories are often told from a third-person perspective, and there isn’t necessarily an emphasis on just the protagonists. This is owed to the Eastern philosophy of collectivism and peace.

This is a very interesting difference. Eastern and Western storytelling build completely different characters as their protagonists and their enemies. In the West, the leading character is somebody who has a strong will, is exceptionally smart and chases a certain big goal. The villains are bad people who want to stop the protagonist. The clash is comprehensible — a fight between good and evil, where good should win!

In the East, writers create characters whose main drive is to do something good for society. They’re not going usually through tough challenges for their own sake. The antagonists are usually initially good people, who are confused, manipulated or have been lied to. Some stories don’t even have an actual antagonist (nature, spirits and gods). Oftentimes, there is no actual clash in Eastern stories, because people believe that there is good in everything, and the real fight is to find this good and help it thrive.

Let’s admit it, Americans and Europeans have been raised to believe in “happy endings”. They want to imagine that with enough courage and decisiveness, everything can be achieved – the two lovers will get together, the world will be saved and everybody will live happily ever after!

That is where Western and Eastern storytelling differs. In Asian books and movies, nobody is safe from the whims of life. This is because they see life as a chain of events, instead of it having a single final, fatal culmination and there only being silence afterward. This means that the main character might get killed in the middle of the story, robbing the story of its initial direction. Lovers rarely get together, and their stories can leave readers with a bittersweet feeling.

So, do you agree there is a difference?

Whatever the answer, there is one truth — no matter the type of novel or movie, you should first free your mind of prejudice and the stereotypes that are commonly adopted in the society you live in. This will allow you to really see the beauty of the work, and it will give you a deeper insight into the story. Keeping the style of storytelling in mind might help you notice a lot of details and hints you would have missed if you’d gone through it without being consciously aware of how different it can be. It will help you understand the characters better, and help you get a better idea about the world in which the story is set.